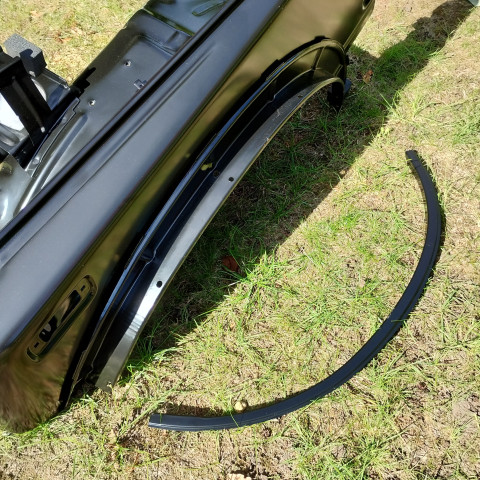 More dismantling!You may recall we bought new front wings and had to gamble on the Samurai wings (large wheel arch) being convertible to the SJ413 Wings (small wheel arch) and have the pressed in decorative curve line hidden under the large arch flange.

Therefore we wanted to check as early as we can in the process that the wing underneath the wide arches is, in fact, an SJ413 wing. 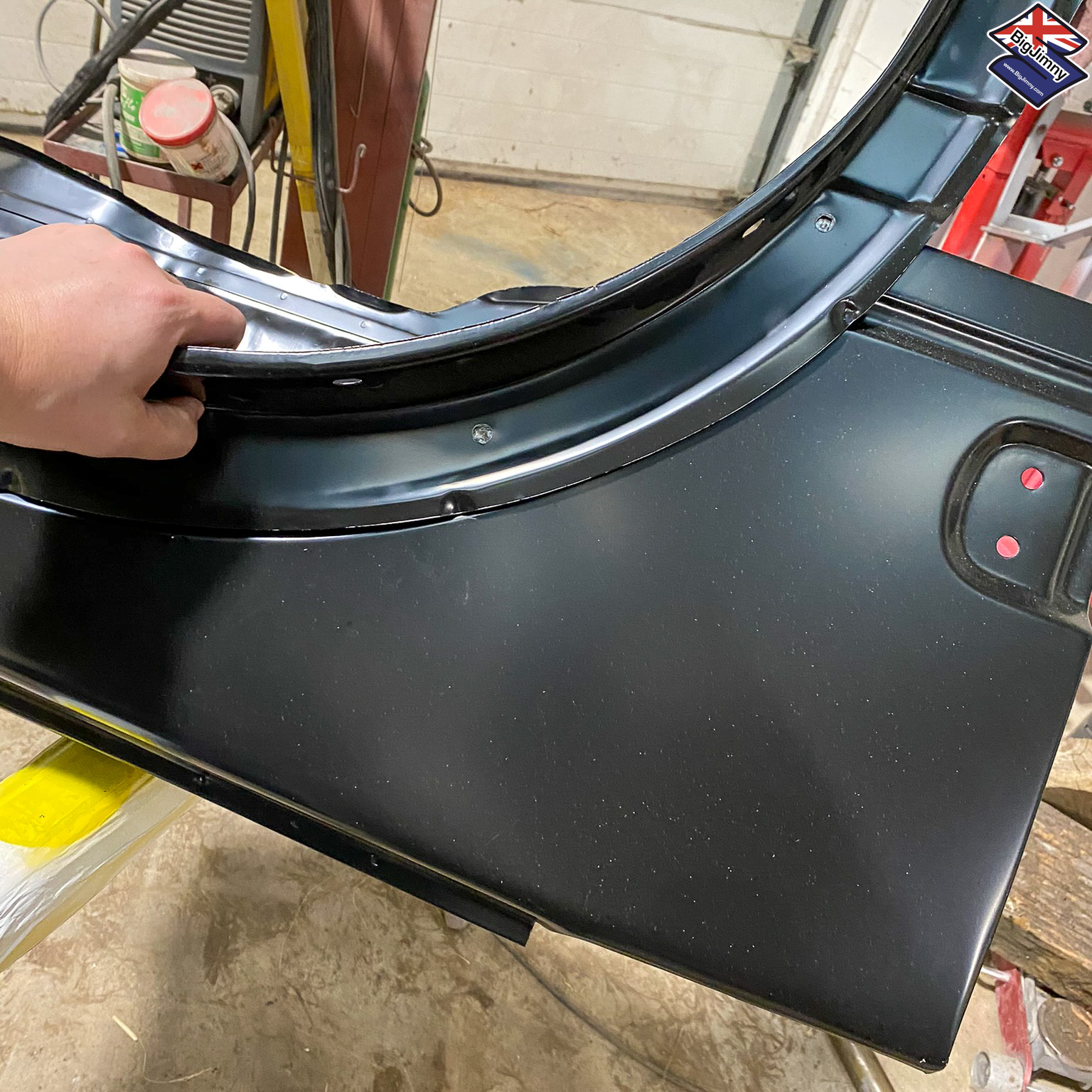 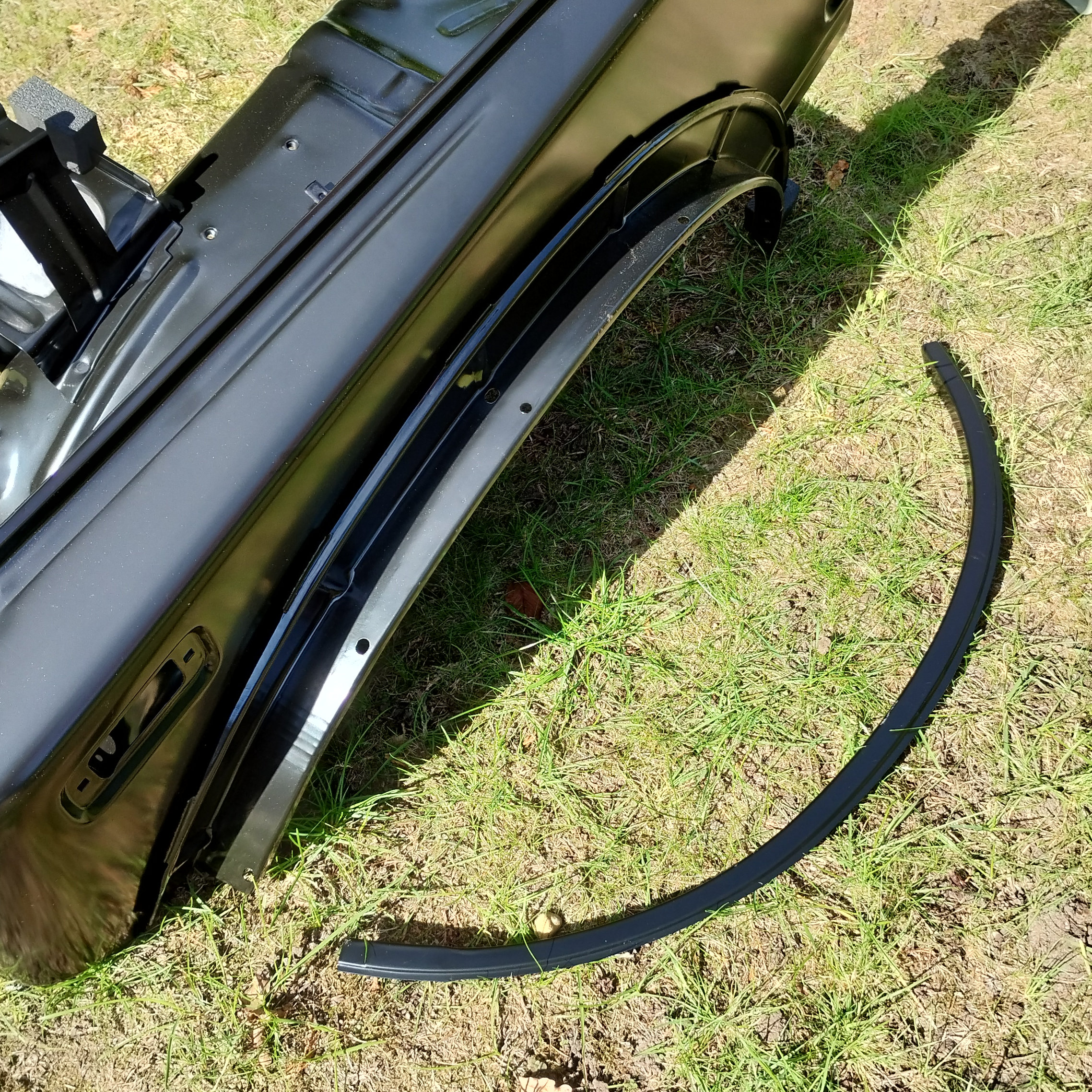 The picture on the left shows the wing with the wide arch (ie. a standard Samurai wing) and the additional narrow arch that I purchased.

The key difference between a Samurai wing and an SJ413 wing is the decorative pressing line around the arch which would be difficult to reproduce. However we believed that this pressing line is actually still there, hidden under the wider arch.

The spot welds were therefore drilled out on the arch....... 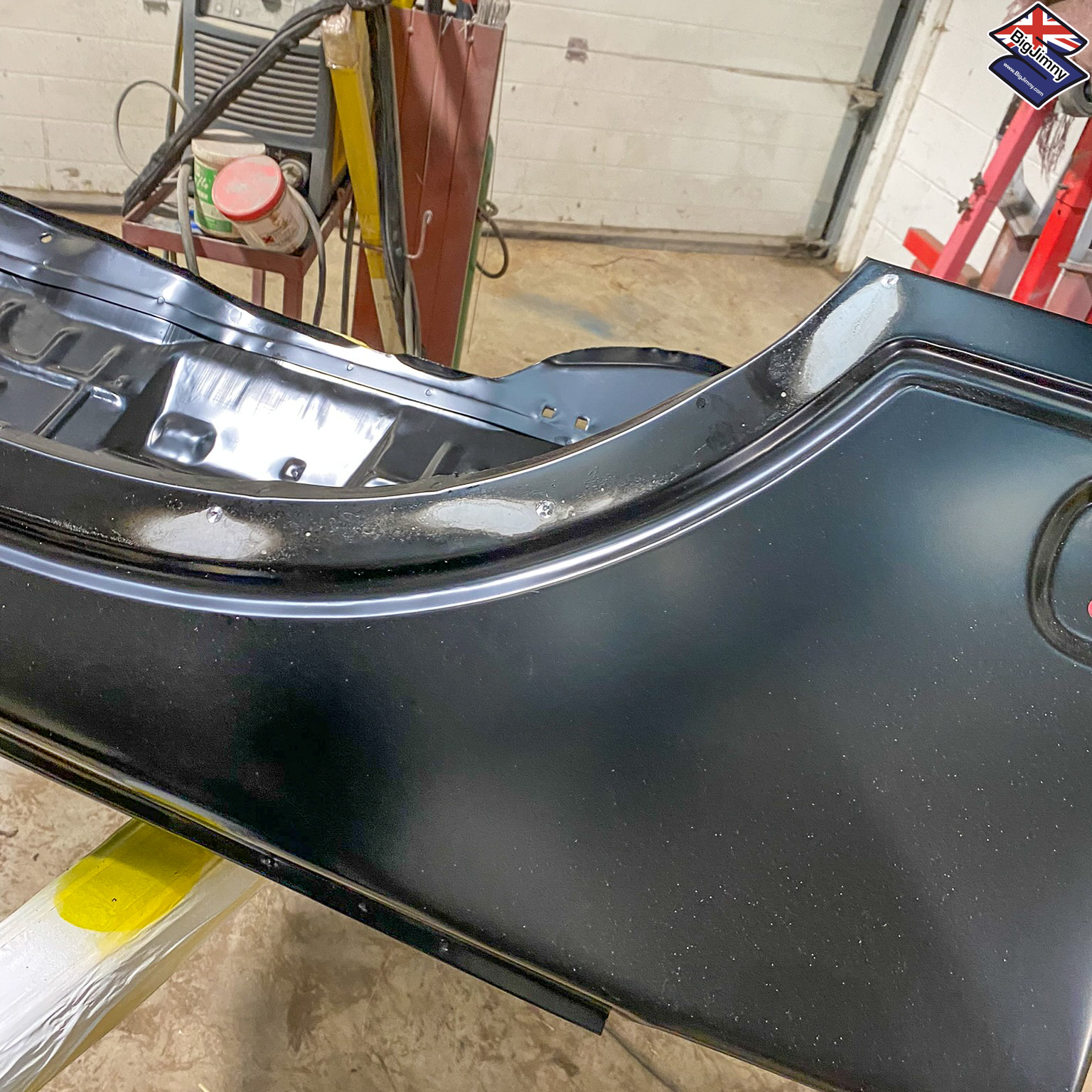 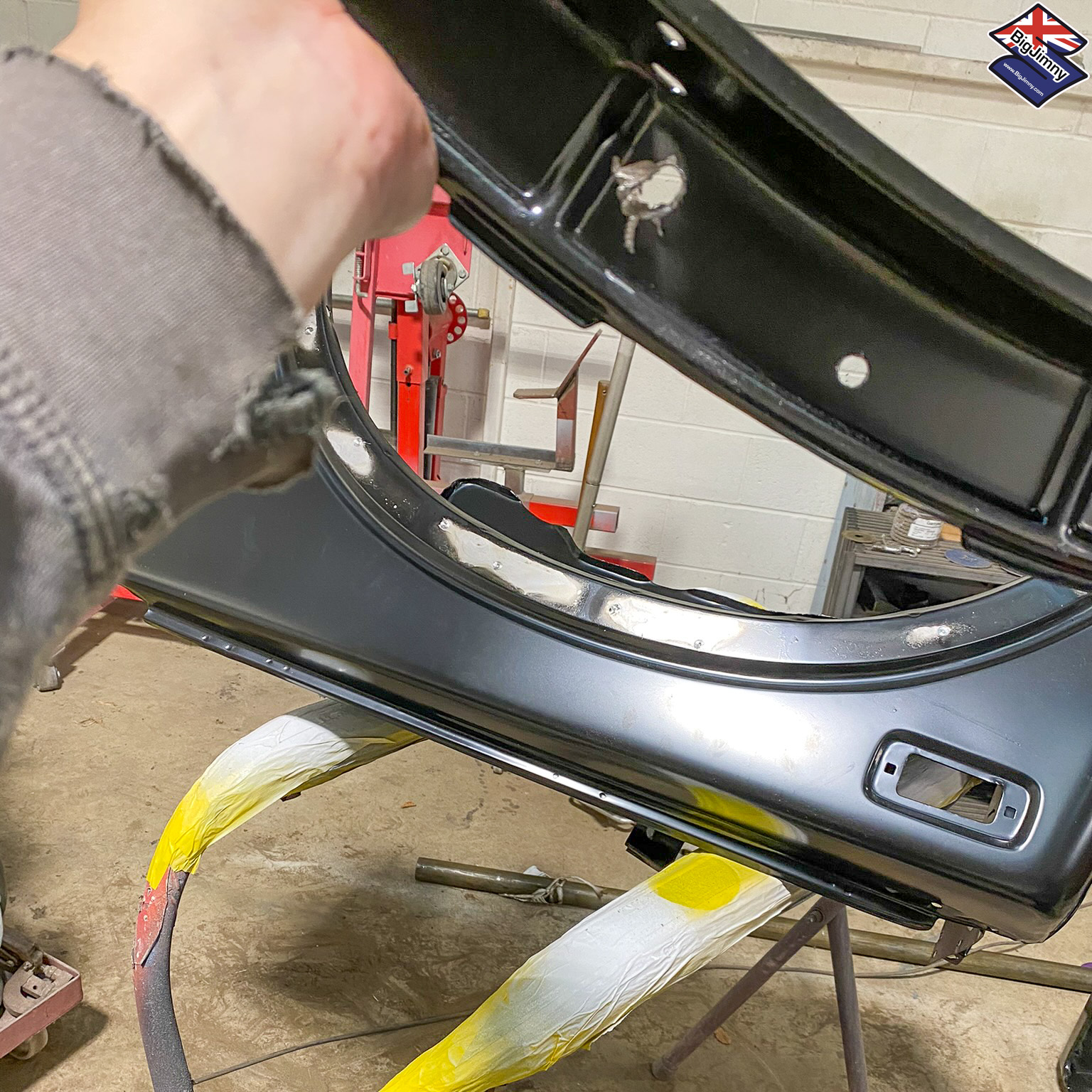 .....and like magic, the required pressing line was underneath!

So you can use the commonly available Samurai wing to replace an SJ413 wing with a bit of work :) 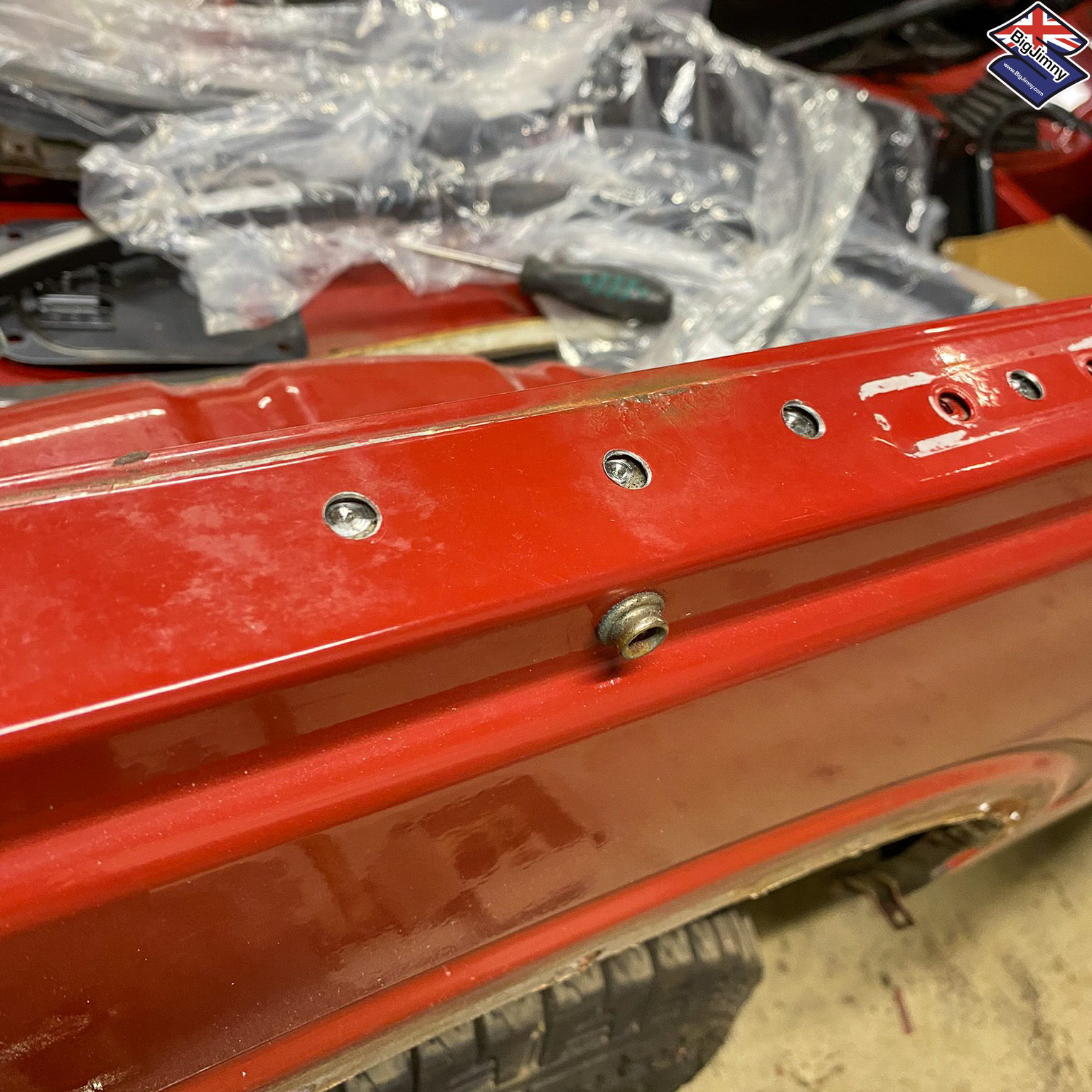 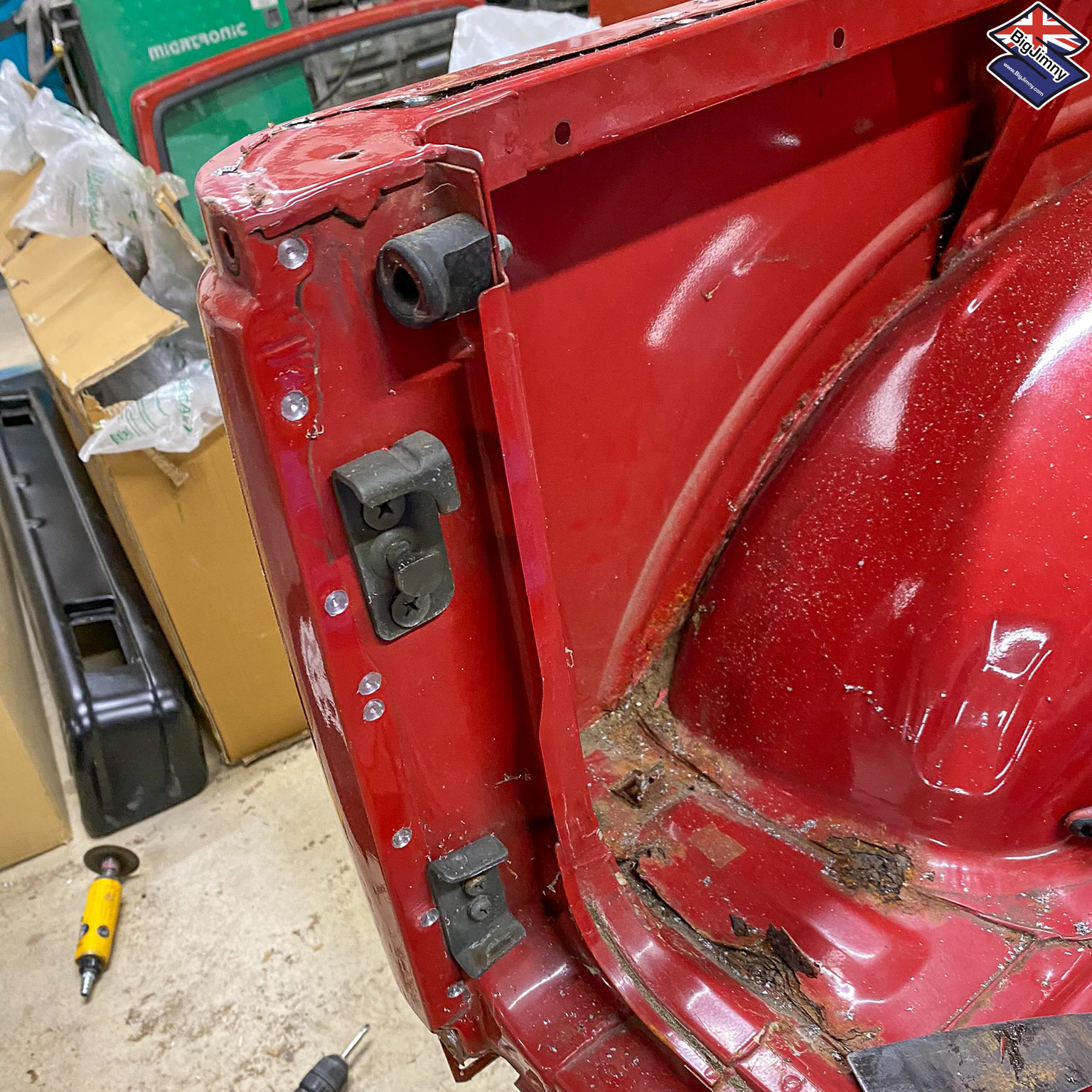 Around to the back now and time to remove the rear wing panets.

Again it is a matter of finding the spot welds and patiently drilling them out. There are a lot of them and it can take a keen eye to spot them 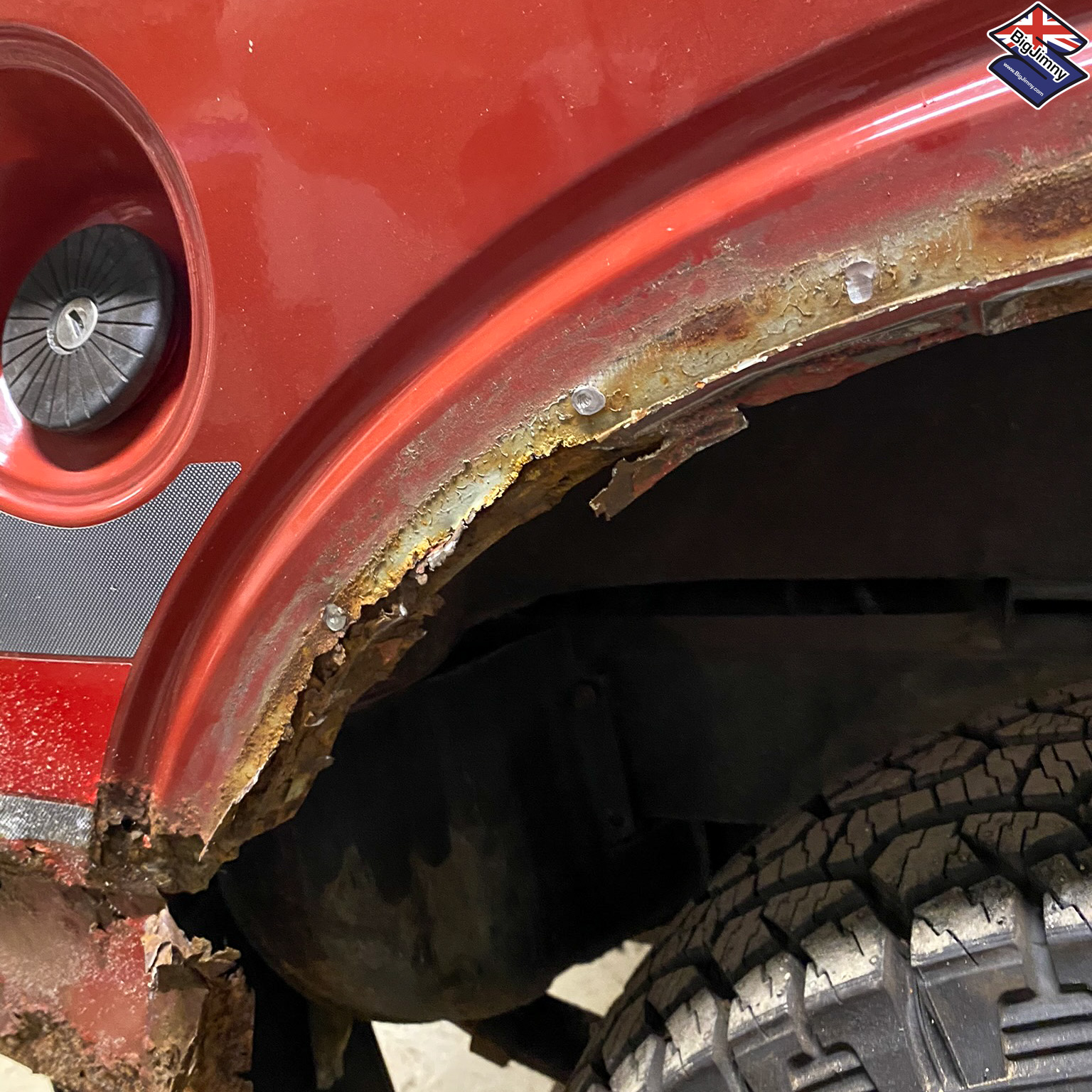 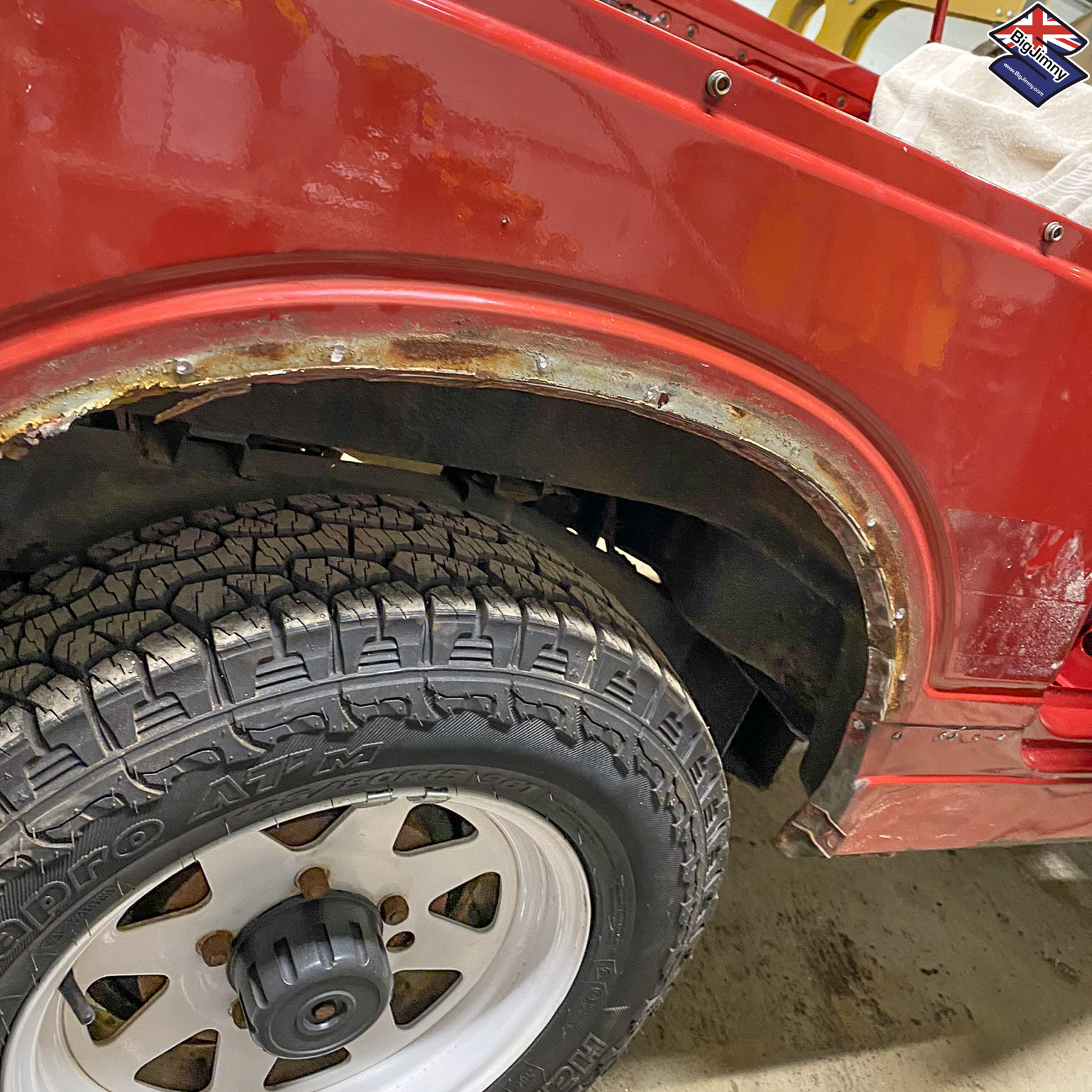 They are particularly challenging where the rust has set in 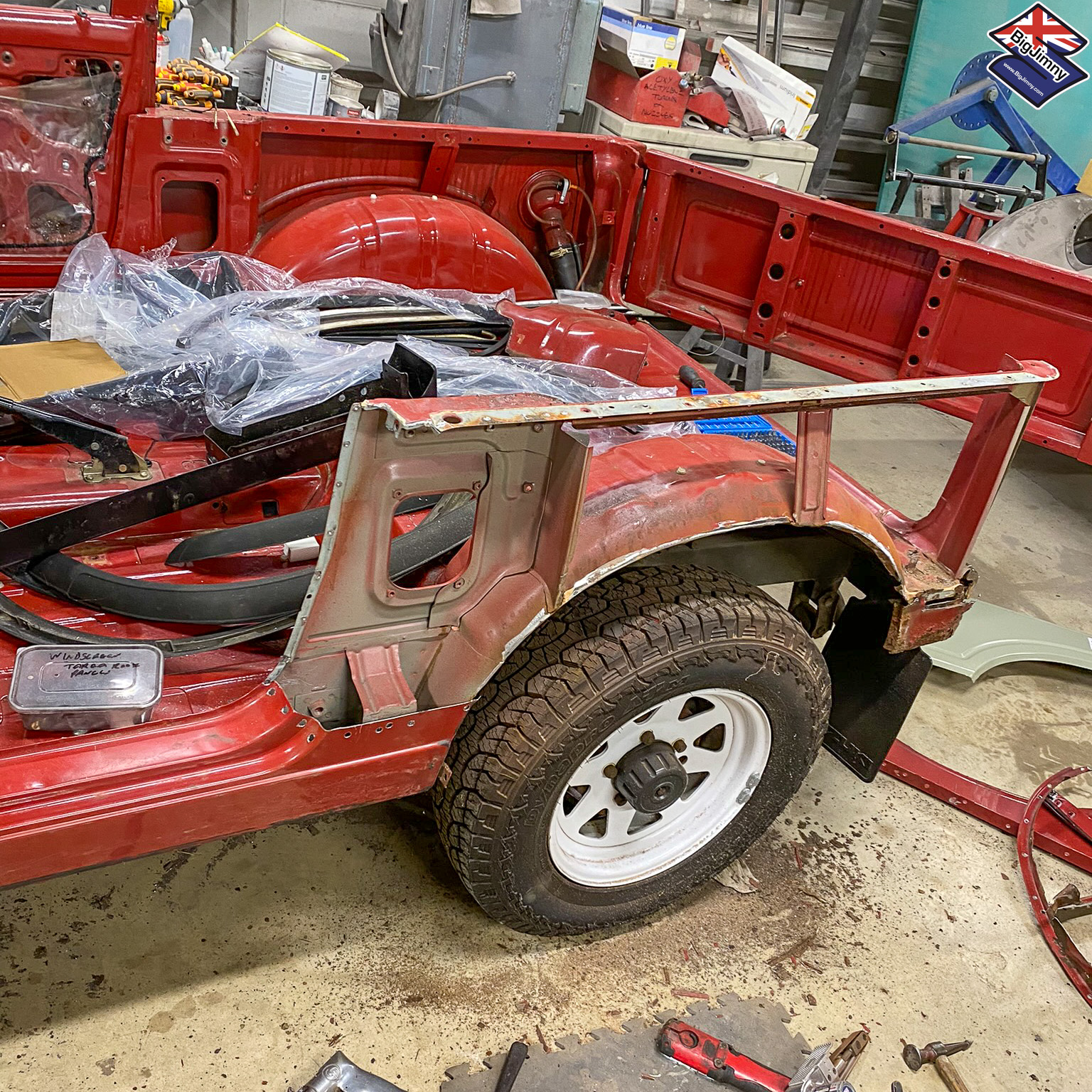 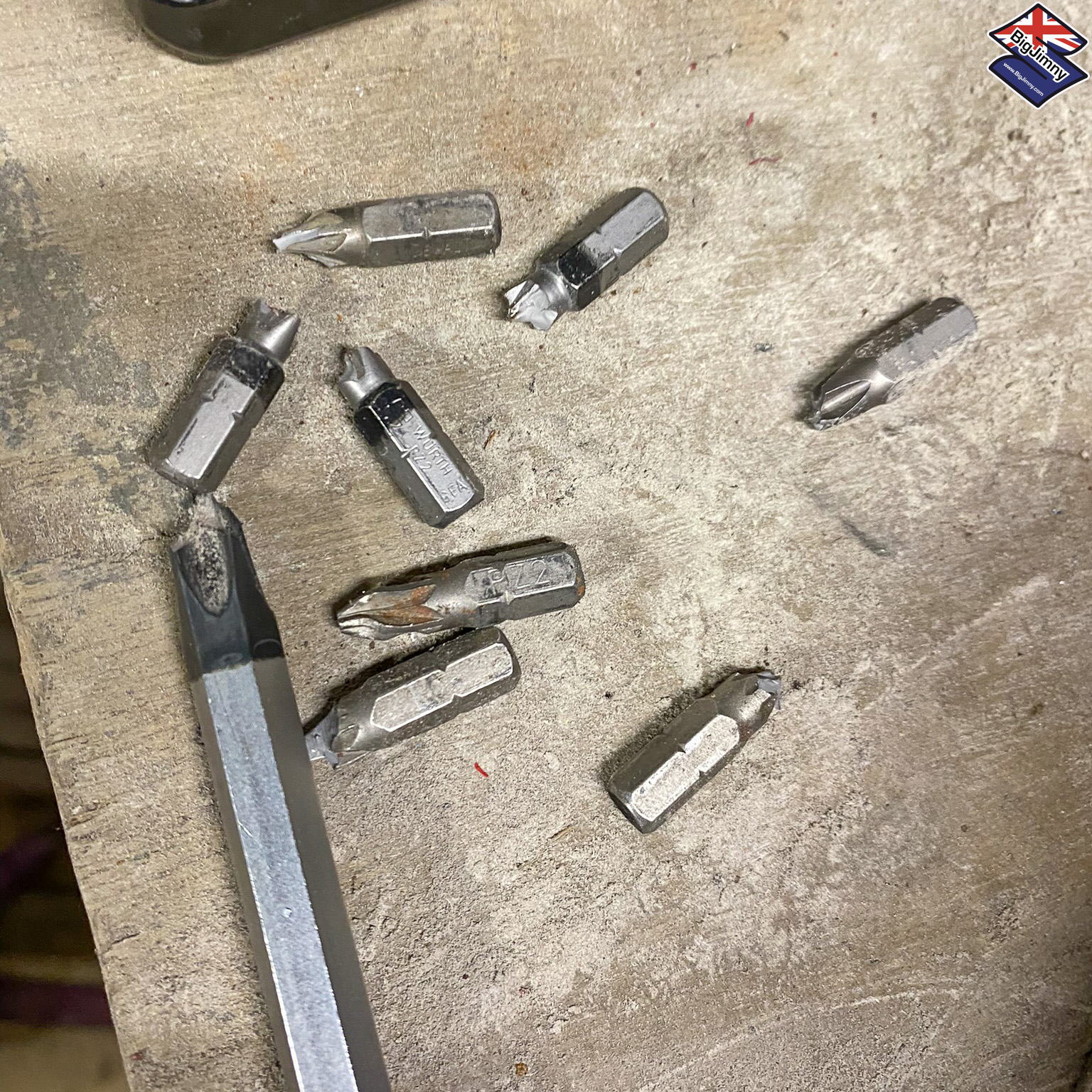 As well as finding the spot welds, a number of parts are held on by machine screws.

With this being a Japanese vehicle the machine screws are JIS heads, which are very close to Philips but not 100% the same. With the combination of rust and JIS heads it was a real challenge to undo the machine screws and many a driver head was sacrificed trying. The really difficult ones needed an nut welding to the head to undo them using a socket.

Finally the wing came off.