As the Jimny is second hand it has a history before I owned it. This section shows the history as I know it, if you have anything further you can add then let me know.

The Jimny was purchased new on 16th June 2003 - the registration number SC03 suggests that it was registered in Glasgow. However the supplying dealer stamp is KAP Suzuki in Yorkshire - but is undated.

The first receipt shows it going to KAP Suzuki on 15th September 2003 for modification. At this point it is owned by a person in Basingstoke.

The KAP receipt shows it having:

The Internet (www.suzuki-storm.co.uk) shows the Jimny at Wagtail Off-Road site with a group of other Jimny's. Thanks to Matt of Suzuki Storm for letting me re-produce the pictures here. 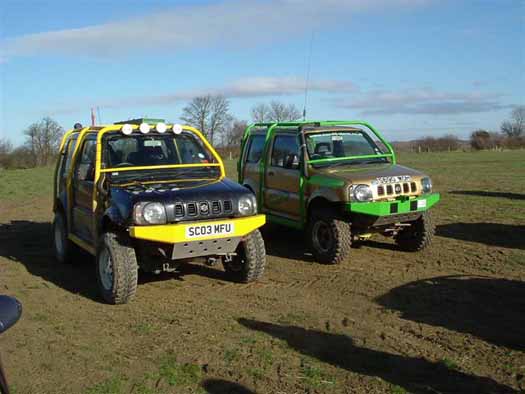 It appears to have white modulars fitted in these pictures although the receipts suggest these were purchased later. 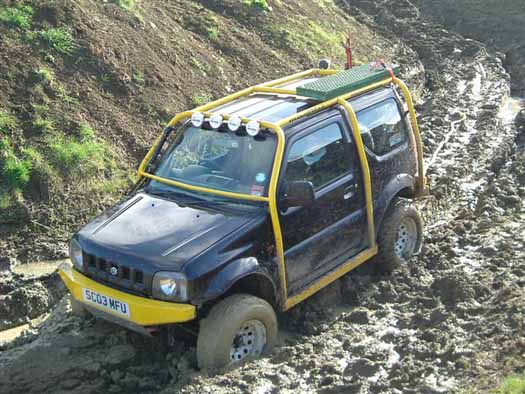 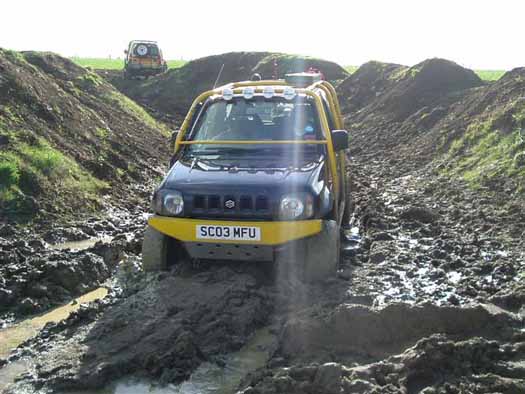 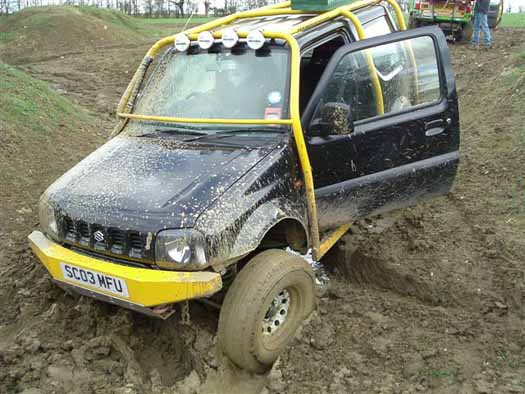 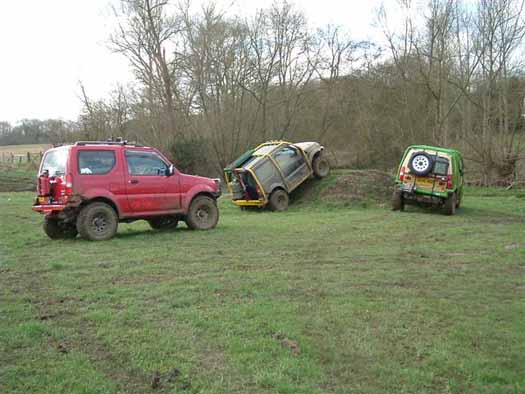 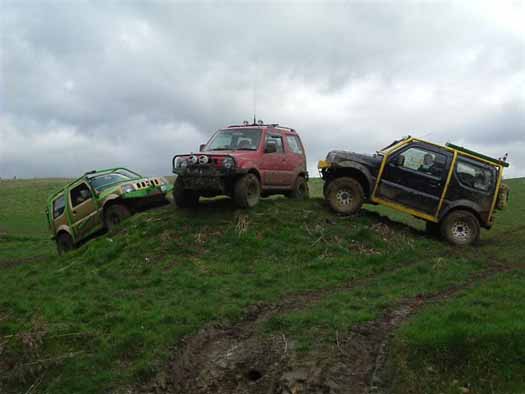 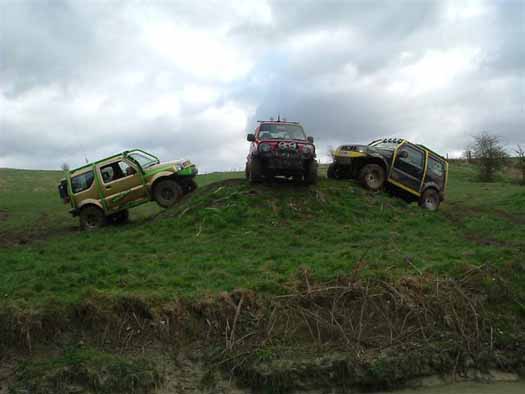 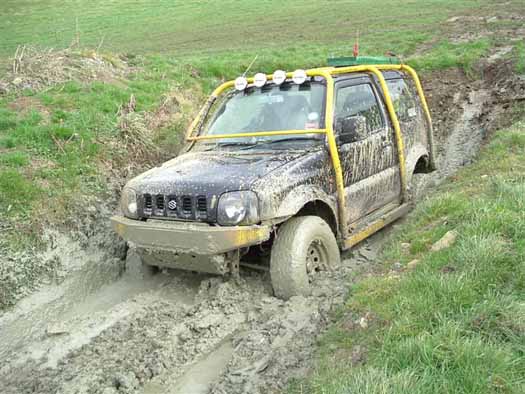 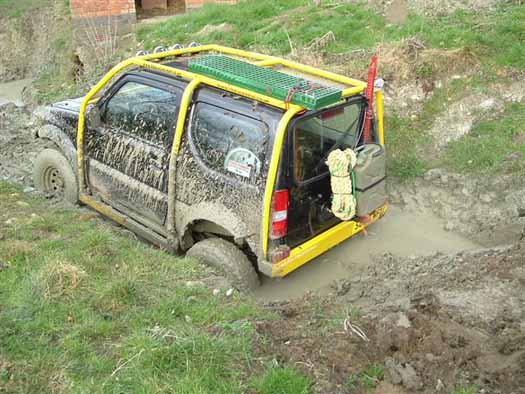 The rear lights are mounted on the bumper in this picture, the purchase receipt suggested they were "in" the bumper and when I got it they had moved to the rear door. The rear recovery points seem quite low down on the rear and its not clear where they are fitted. 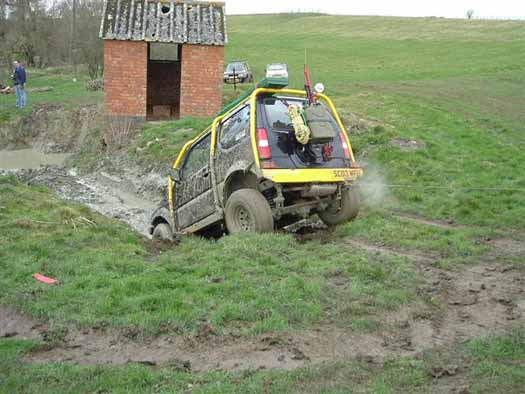 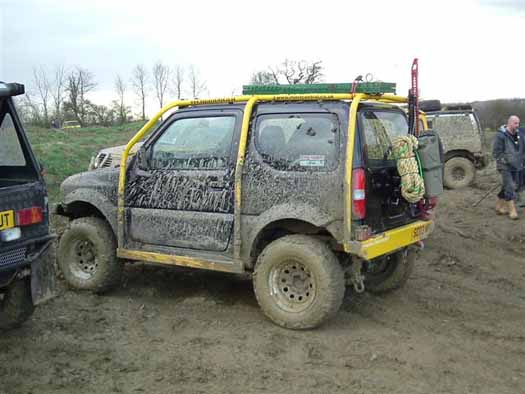 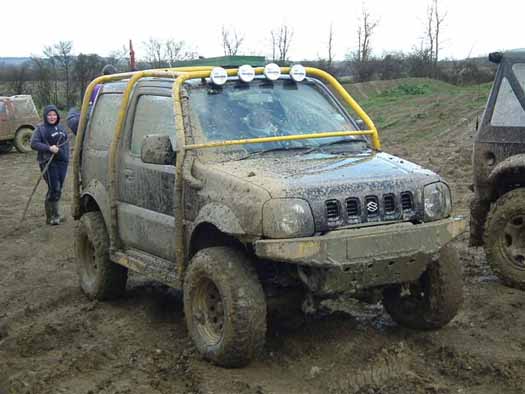 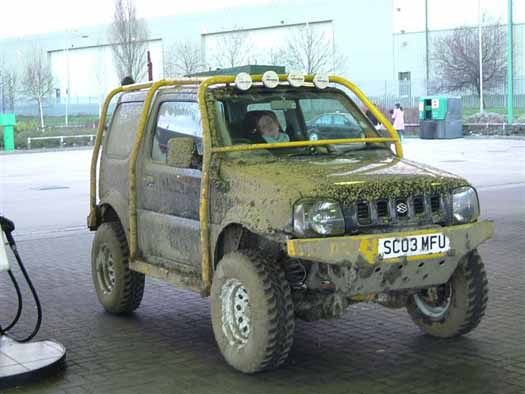 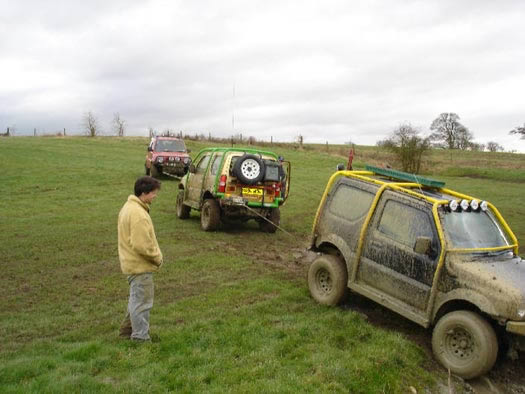