× Are you building a Mud Monster or a Pavement Princess??
If so you can have your own thread in this section.
This section on other websites has led to arguments and contention. People are posting pictures of their pride and joy and therefore CONSTRUCTIVE comments only please!

As mentioned i did do some really dumb things/ bodges and ill thought out mods.

i'm giving details here as warnings to others rather than a how to guide.
I will try to explain what i was trying to achieve, how/if it worked at all and why its no good if i can.

this one is probably the dumbest 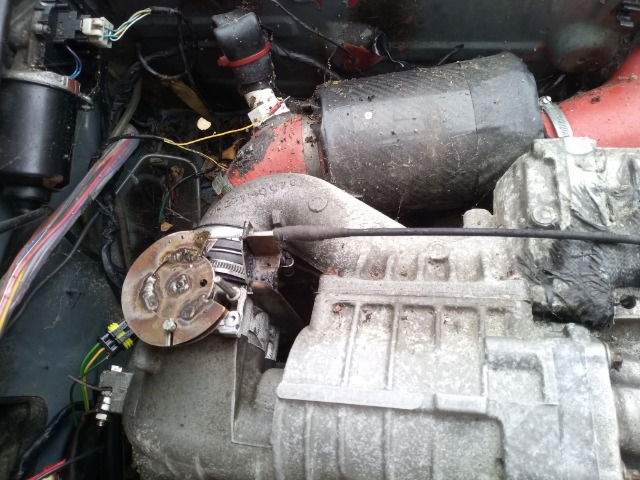 couldn't get a handle on the original electronic actuated recirculator valve, the mini Eaton doesn't have this so i was using a vacuum operated valve. the cable is operating in parallel with the throttle cable, for low/mid RPM operation you only get boost at full throttle, and its basically on or off.
good by CV joints. will do some vacume operated system again but i wont be using this recirculator valve 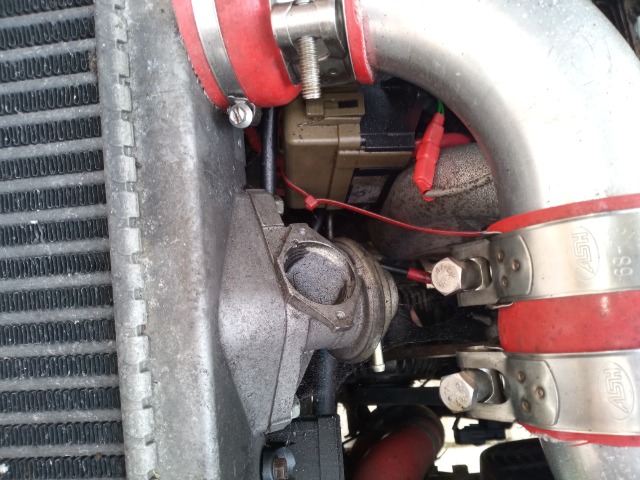 rather than remove it and blank it off i filled it with epoxy. no idea what was going thru my head.

this was probably the source of the epoxy,

while this does work its rough and im not sure i trust it. so that needs a revisit, oh and where is the fuse box that lived in that corner by the battery (underneath the intercooler),

about an hours work to change a fuse.so that needs a sanity check. 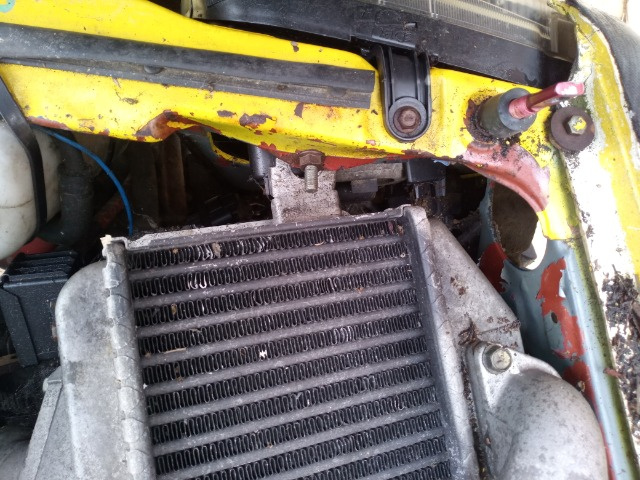 could do with a bit more space here. 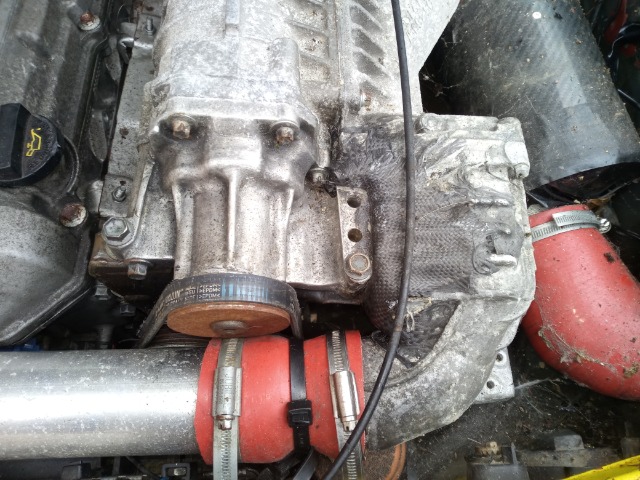 might make that section of body removable/ thinner to accommodate a larger radiator, rather than the 1 rad and 1 pajero intercooler being used as a second low velocity rad, but cooling hasn't been much of an issue with this set up.

as for the crank timing sensor and timing disk , 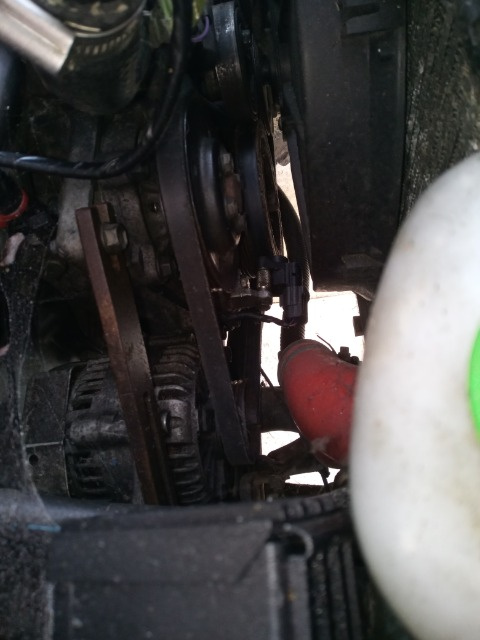 machining the 30 tooth timing disk into the harmonic damper and lashing the crank sensor to the front of the timing case did work( mostly ) even though the tooth width to gap width was just wrong (teeth to wide gap to small). so that needs to go back in the crank case, with an appropriate timing wheel made or bought to fit to the crank. so thats an engine out job. but there are a few other bits id like to do while its out so its cool.
contamination with mud and brake dust didnt seem to annoy it to often, but a broken blower belt wiped it off the front of the engine once.

the m15 flywheel and pressure plate isnt a great combo for the cable clutch system. the flywheel is to light for off road service, i dont need it to bark like a motorbike, infact it makes driving it more awkward, so the standard jimny flywheel is going back on as it is much heavier smoothing out the responce and giving a lil extra inertia to the system to push over bumps without needing constant throttle adjustments.

the standard clutch is going in the bin, ole smokey is going to be replaced with something with more holding power. TBC

the last isnt so much of a silly as an incomplete 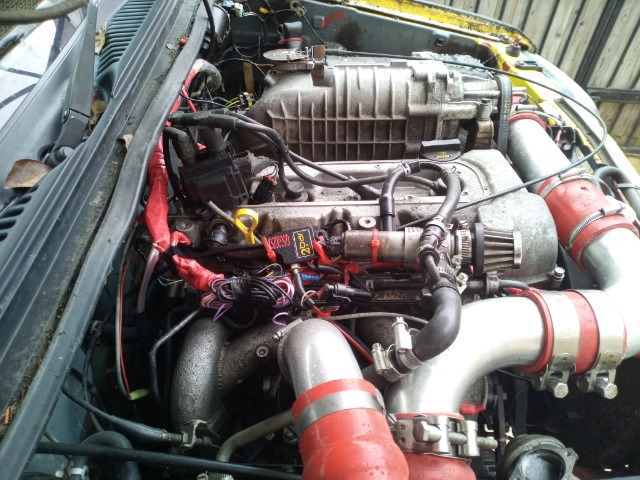 
the bundle of pink wire behind it is for a fuel alcohol level sensor, at the time morrisons were trailing E85 fuel sales in the uk, that i believe is still available in Europe, might be able to put her down as duel fuel petrol / E85 on her V5, got the bits, might as well.

Less More
10 Jan 2021 22:33 #231673 by the erk
Replied by the erk on topic eaton m45+jimny hells connfetti
So, some progress with the engine, Had to take the crank out to get measurements for the timing disk. While i was there and everything was getting a clean and degrot,  i got abit over exited about the amount of additional mounting points etc on the crank case and decided to put it on a diet. maybe not the most effective weight reduction strategy but even a half kilo here and there helps. 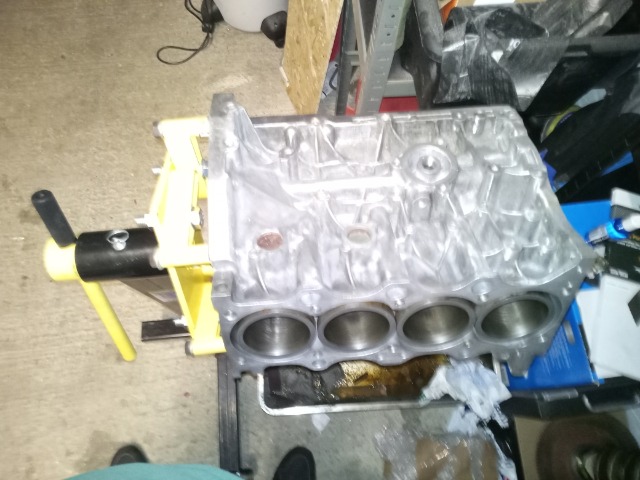 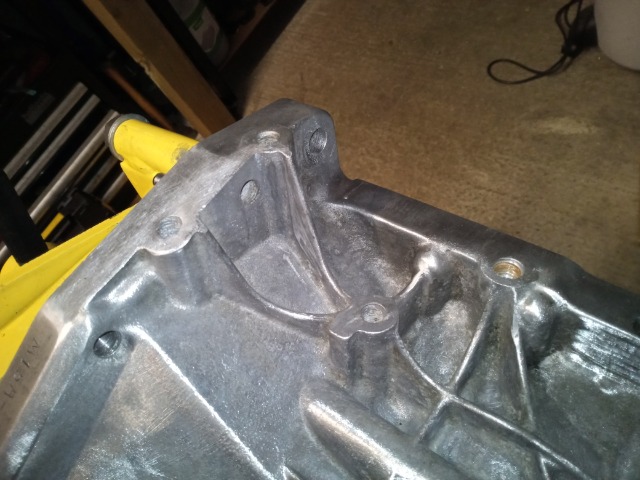 the new and old timing disks 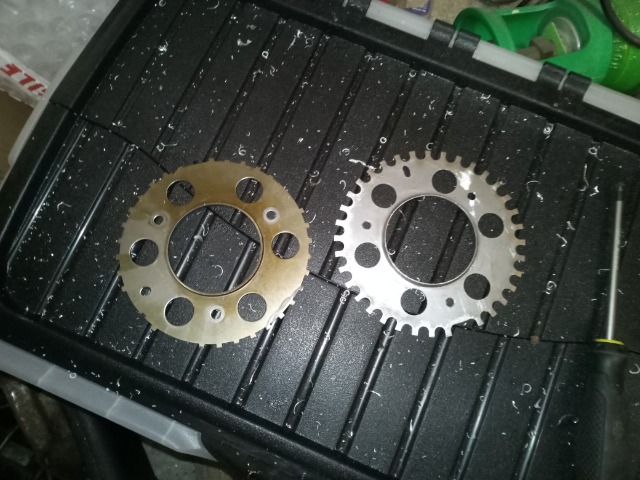 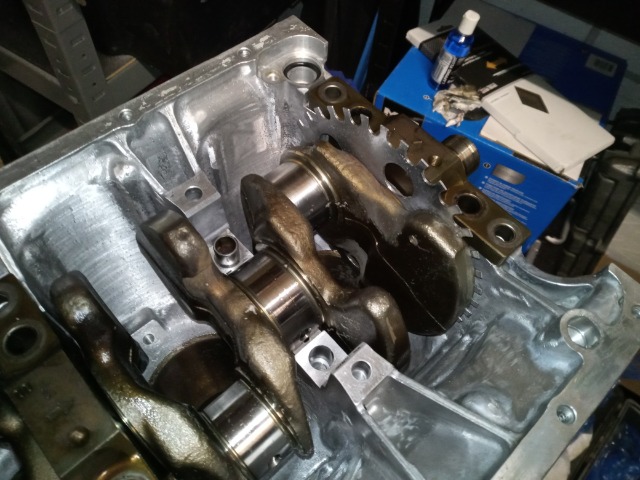 out of curiosity i ran rudimentary stress and frequency analasys, hope to have a cad file and drawing available for those that might want one soon. 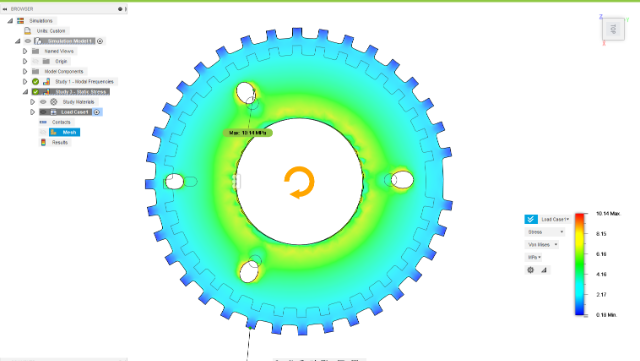 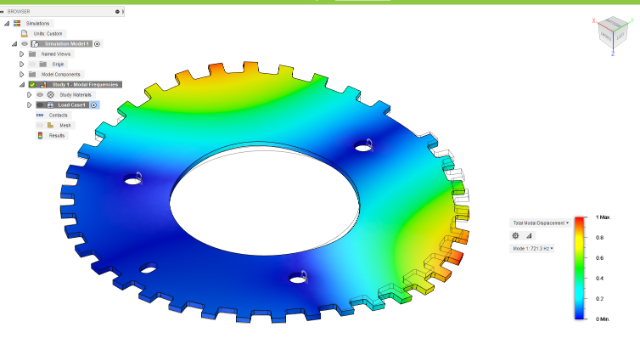 Rupture from centripetal force or resonance induced fatigue should not happen below about 15k RPM if even dead mild steal is used. no surprises there. 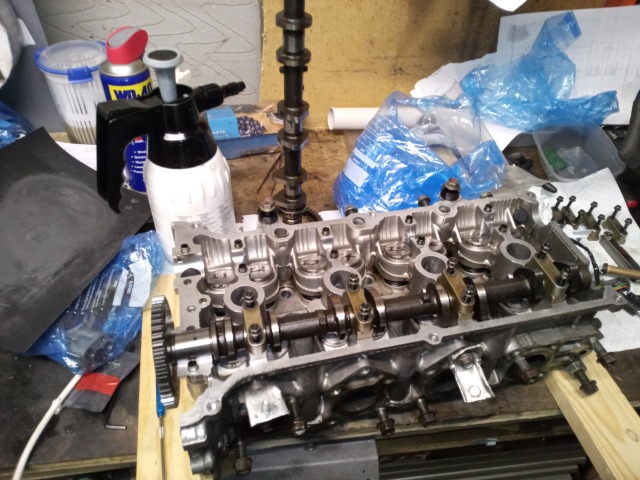 For some reason ( grot from disassembly) a couple of exhaust valves leaked and the valve clearances were all over the place, so the head also got a quick strip, cleaned valves, seats and tidy up, stem seals etc.. given the "slight" alterations to the intake system and to help it behave itself the valve cleances were reset to 0.2mm cold on the inlet, and 0.33mm on the exhaust.
Rather than attempt to extract replacement shims from a main stealer, i lapped them to size ( it took 2 days and was not fun), managed to keep them parallel to around  2~4 um just by rotating 90 degrees every few strokes and using the follower to help hold the damn things. for those wondering if they stay flat when you do that 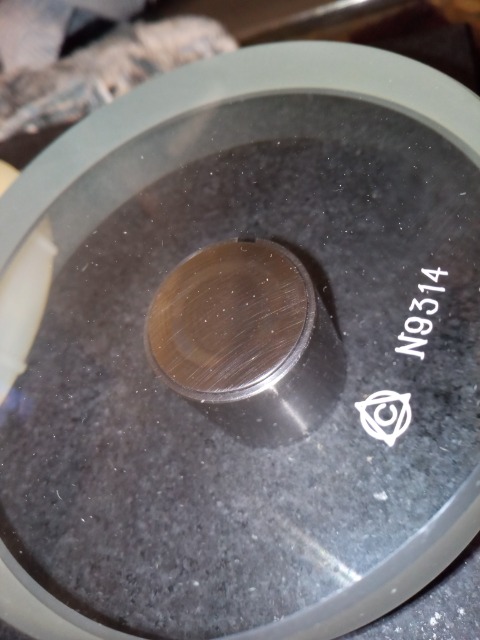 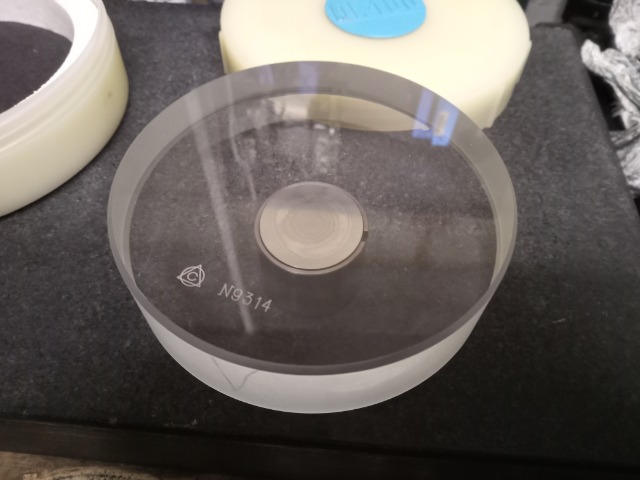 while i dont have a monochrome light at the moment that is a 1/10th wave optical flat, and to even get fringes showing its likly less than 1.5 micron out of flat. So plenty good enough  for an engine.