My 3rd gen Jimny from Brazil 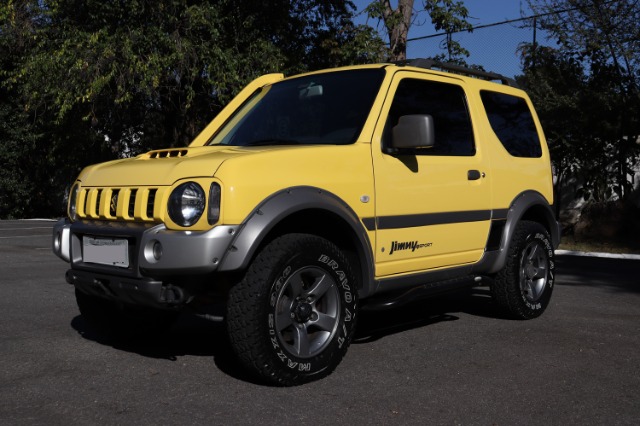 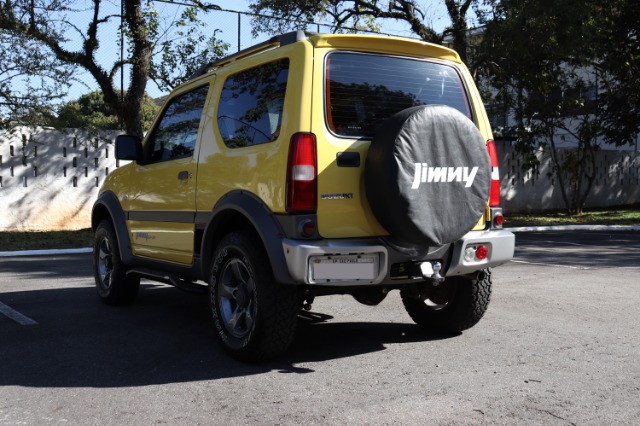 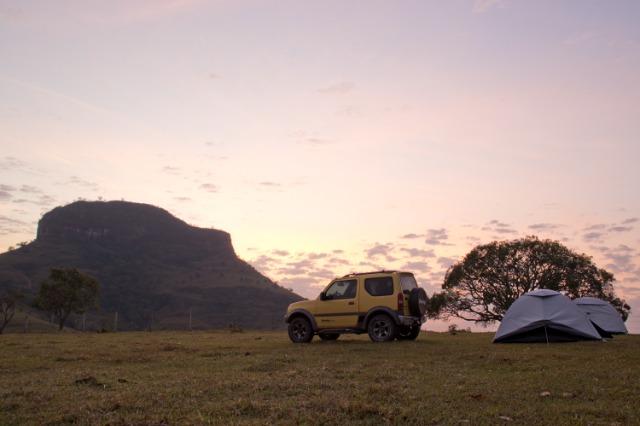 Here's my current warrior, 157,000 km old, bought new in March 2015. It looks a little different from the version sold overseas but actually the only thing I added to its exterior after purchasing it were the sidesteps. The 3rd gen Jimny is still sold new by the Brazilian Suzuki branch (reason why the 4th gen is called Jimny Sierra in Brazil instead of just Jimny) with some modifications in this trim option called "4sport". In 2015 the "4sport" included specific front and rear plastic bumpers (which would slightly increase approach/departure angles), recovery points in the front, tow hitch in the back, snorkel and a small side step placed between the door and the rear wheel arch.

This Jimny has served me well, specially when off-roading through the Brazilian countryside. I haven't driven it on extreme rough terrain just for the challenge of it. Most of the time it helped me go places I would like to visit but that weren't easily accessible to regular cars - and I had a lot of fun doing it! On the road, as most 3rd gen owners might acknowledge, it doesn't provide much comfort, which I personally blame on seat design and the sometimes very noisy cabin (on this point the not-as-perfect-as-the-Japanese Brazilian assembly lines might have had an impact). A little bit more of power would also help on the tarmac... But I was well aware of all these characteristics when I bought it. Great cars are normally those who exceed in their objective and for the Jimny that has always been off roading. I haven't had problems putting up with its road manners.

In 2020, during social isolation I started to consider swapping it for another car that would offer higher payload and at least a bit more of comfort and power for long road journeys. I checked the light truck segment, but their size felt awkward to me and most of them felt "way too comfortable"... Numb and boring in rough terrain, on the opposite side of Jimny's extremely fun demeanor. In the end, I gave up to the temptation of the 4th gen Jimny and I might have my 3rd gen replaced by a JB74 over the coming weeks. I test drove the JB74 and it checks the "at least a little more comfort on road" and "power" boxes. I know it doesn't offer higher payload, which I will try to solve by using a minimalistic approach to long journeys - the same way I would choose supplies for 2-3 day hikes, but probably less dramatic.

Needless to say BigJimny has provided me along the way with extremely useful information, from deciding on the 3rd gen Jimny as my first car to considering modifications to it, to finally settling on the 4th gen. Thank you all very much!

Less More
25 Jul 2021 19:52 #236969 by DrRobin
Replied by DrRobin on topic My 3rd gen Jimny from Brazil
That is a cracking looking Jimny Pablo, the colour and style is really striking. I wish we could still buy them new here.

I find my Gen 3 a little lacking in power, but it is just that my previous cars had about twice the power and now I have got used to the Jimny, I just rev it like mad when I see a hill coming. Or just accept I have a queue of cars behind me.

Less More
25 Jul 2021 22:45 - 25 Jul 2021 22:46 #236977 by PabloAzH
Replied by PabloAzH on topic My 3rd gen Jimny from Brazil
Thanks DrRobin! I did some detailing work on it a few times as it was a pastime of mine, I guess waxing it helped to keep the paintjob tight. I had a shop do it for me now that I don't have a private garage and the first two pictures were actually taken for the purpose of selling it, so I tried to show the Jimny in its best state of cleanliness - which is not how it normally looks

Regarding road performance, maybe having 215/75/15 tyres on affected it. I can't be sure about it because I've never had it with smaller tyres. Suzuki here used to sell that trim level with MT tyres of same size.
Last edit: 25 Jul 2021 22:46 by PabloAzH.

Less More
26 Jul 2021 05:45 #236979 by Doctorchris
Replied by Doctorchris on topic My 3rd gen Jimny from Brazil
The Jimny 4Sport and Jimny Forest versions that are available in Brasil look good. Some nice bright colours as well.
The website is interesting, informative and really makes you want to buy a Jimny. Much better than the rather dull Suzuki GB website.

Are they still produced in Brazil?

Less More
27 Jul 2021 21:07 - 27 Jul 2021 21:09 #237057 by PabloAzH
Replied by PabloAzH on topic My 3rd gen Jimny from Brazil
Doctorchris Suzuki here does put a reasonable amount of effort into marketing... They even host monthly off roading events called Suzuki Day to gather Jimny owners in different places across Brazil. This approach has to do with the domestic holding co. that represents Suzuki and Mitsubishi in Brazil, Souza Ramos. I heard the founder was sort of an adventurous guy interested in making vehicle modifications and have them certified so he could sell them at the official dealers. In the 80's and 90's he would make dual cab pickup trucks out of single cabs among other mods to Ford vehicles under the name of "SR Special Vehicles". His company also launched a national turbocharged version of the Ford Escort 3rd gen and later of the Ford Ka.

The Jimny Forest is one I would think twice before buying though, I got to see one at the dealership and talk to the salesman about it. They made a body lift by welding the suspension mounts at a different height on the frame, which to me doesn't seem much different from adding spacers between body and frame. I heard a few owners complain about the vehicle being unstable on the road when disturbed laterally by wind.
Last edit: 27 Jul 2021 21:09 by PabloAzH.

Less More
27 Jul 2021 21:28 - 27 Jul 2021 21:30 #237060 by PabloAzH
Replied by PabloAzH on topic My 3rd gen Jimny from Brazil
Zebooka yes the 3rd gen Jimny is still produced in Brazil, that is painted and assembled. I'm pretty sure the parts, including body panels, are produced elsewhere. The VIN is in the 93XFJB43VFC###### format. Besides the differences mentioned, Brazilian 3rd gen Jimnys don't have heated mirrors or ESC.

Thanks Lambert! I found the front/rear bumpers' design a bit weird but I got used to them haha. It does improve the approach angle but I did not buy the salesman argument that it was made of 3 parts so you could replace only one if you hit something. The 3 parts are made of plastic and put together with screws and metal brackets, in a light fender-bender I had to replace two of them because the bracket got pushed into the other. Now the 4sport has single piece front/rear bumpers.
Last edit: 27 Jul 2021 21:30 by PabloAzH. 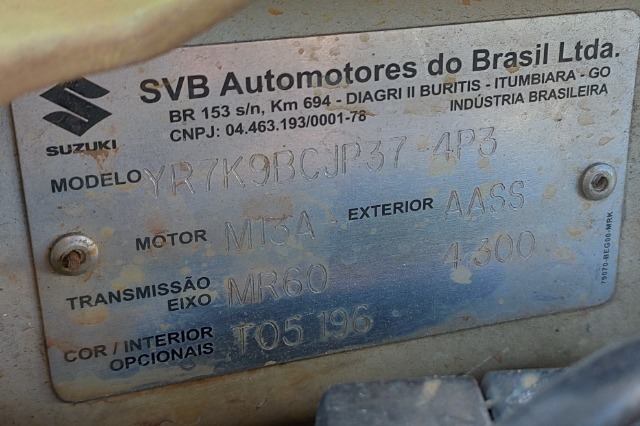 No problem zebooka, I wasn't around the car yesterday but today I managed to snap a picture of the engine plate. It's in Portuguese but I think you will be able to tell what each field is - if you don't then let me know. The VIN isn't there, I've seen it engraved on the frame, close to one of the rear wheel arches.