Heaven Can Wait
Guest
5344 Hits
We've driven the main highway through Mongolia now, 1200 miles from west to east. Of the 1200 miles, 800 miles was sand track, 400 was surfaced with half of that broken and full of pot holes, the rest was fair to good. We crossed Mongolia in seven days, not a record, but a good time for guys our age. We were averaging between 25 to 45 miles an hour and nearly wrecked the poor Jimnys and ourselves. 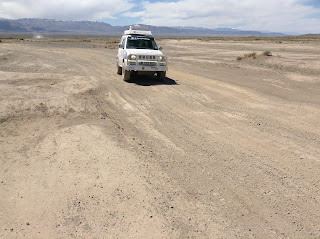 We've met some fantastic people, one of them being the tiniest fully grown woman I've ever seen when we stopped to ask for directions in the middle of nowhere.  Click the link to see the video .....   http://bit.ly/10n4BxM

And we met some possible new recruits ... 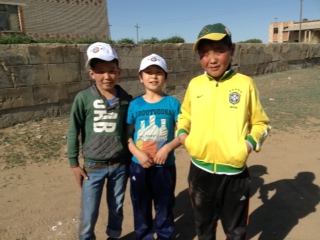 the two on the left wanted to join the crew, the one on the right had more sense!!

As you know now the Yellowbrick tracker stopped working just before the Mongolian border and all attempts to get a signal from it have failed. Keith has been liaising with Yellowbrick to try and resolve the problem and they have been very helpful and after trying everything with no positive result, they have suggested they have offered to replace our current tracker with a new one.


We can't thank Yellowbrick enough for all their help and support. They have been a terrific company to work with.Due to the logistics of getting the new Tracker to me we have decided that the best course of action would be to exchange the Trackers when I finish this stage at Vladivostok and before the start of Stage 4 in Vancouver Canada. So in order for you to see where I am day by day I will be texting Keith with an update of our position and he will update a Google Earth map on our web site. Keep smiling, Les.

We will continue to publish information updates on the Yellowbrick Blog as and when we receive it from Les.